As children both of us grew up with dogs in our families. Pamela with a Golden Cocker Spaniel (Goldie), and Colin
with a Yorkshire Terrier (Teddy) & Border Collie (Shep). Pamela's love of animals extended to horses

learning to ride at six years of age. Dogs & Horses have continued to be a large part of our leisure time for many years,

who won well at Open Shows, followed by "Pegwood Red Williow" (Rory) from the same kennel.

Our longing for a beautiful Irish Setter bitch took us to Northampton, to the world famous Wendover Kennel.

Owned by the late Mr & Mrs L C James, where we bought our lovely puppy "Wendover Royal Fanfare (Kerry) in

March 1980. She was a daughter of Sh Ch Wendover Maid Marion. Kerry gave us much pleasure at home and

in the show ring and provided us our first litter of puppies when she was mated to Marrona Messenger in 1983. 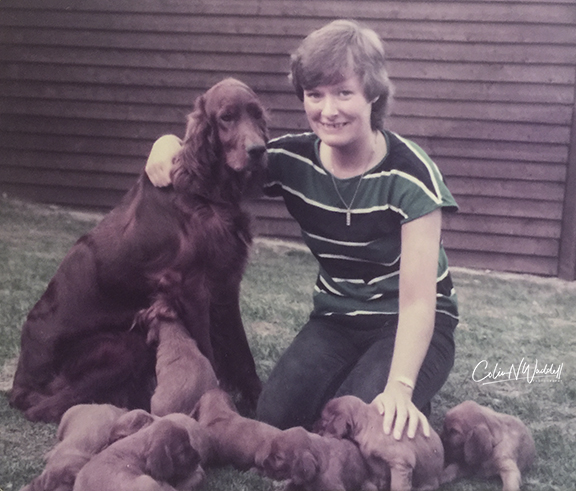 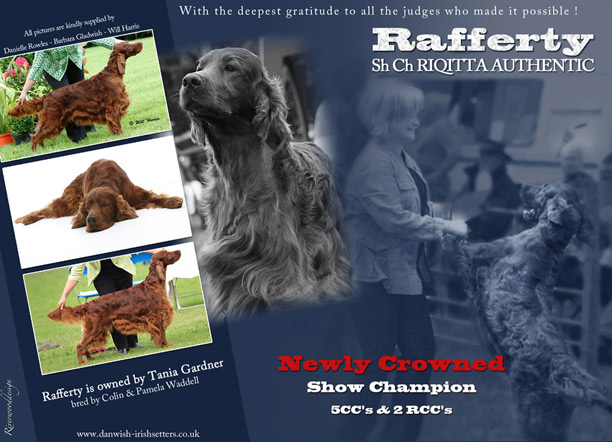 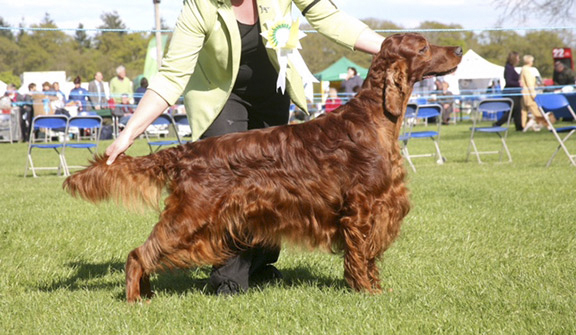 we moved to live in England. He also served on the North East of England Irish Setter Club Committee and was

Secretary of the Irish Setter Breeders Club for five years during the nineties. Colin is currently serving as a

Committee member of the Irish Setter Association, England and is the club's webmaster & photographer. www.isae.co.uk

Colin & Pamela have both judged in Ireland, the UK and Europe.